Moments: in tango and in life... 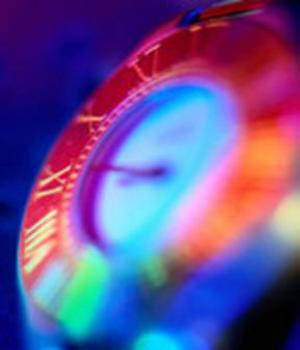 I am having an epiphany as I am writing these words. I know it will leave me soon. In a few minutes, it will not feel as much as an epiphany but an obvious point, so before "the moment" loses its magic, I have to put it down it words... The judgment, after reading this post, on whether it is dull, boring, and obvious, or it is compelling, thought provoking, and interesting, is ultimately, yours...

I realize now, that life, my life more specifically, is a series of moments that travel between utter confusion and brilliant clarity... And this is true for my life and tango experience. So although it is not possible to categorize every single point on this continuum, I am willing to make a few categorizations of these moments, that leave a mark, in my tango and life experience...

The A-Ha moment:
Others have written about it (i.e. Debbi). But the A-Ha moment is when something, previously unattainable, confusing, complex, instantaneously becomes easy, clear, and doable. Somebody, something, some force turns on a switch, shuts off a valve....
And you get it.. It might flee the scene soon after, like a dream that was so vivid in the morning with all its details, and becoming increasingly hard to remember towards the evening. Now that I am thinking about it, I might be having an A-Ha moment, as I am writing these words...
Moral of the story: enjoy it while it lasts, because there is no guarantee of its true loyalty.

the WTF moment:
This is a moment when you are let wondering... Something triggers this WTF response, and you are left with the feeling of "WTF do I do with this???" It is a moment of confusion, but it is a confusion that is not brought on by an asymmetry of capabilities or intellect between you and the other. Rather, it is brought on by you and the other, bypassing each other tangent, or rather parallel, without ever making contact. It is usually triggered by other's actions, a feeling of annoyed confusion follows.
Moral of the story: Just be aware that you might me simultaneously causing a WTF moment for the other. And also, try not to give away your frustration rudely, as tempting as it is. After all, it is just a "moment in time."

The "Duh" moment:
It usually happens when your immediate impulsive gut reaction to a situation (or a lead) is wrong, and is immediately followed by an understanding of what it should have been. It is often perceived as an embarrassing moment in time. You might start apologizing, talking uncontrollably, blushing, making more impulsive mistakes, or shamelessly blame it on the other. (ALl of these might happen at the same time too)
Moral of the story: Please refrain from hitting your forehead with your palm, and making the actual sound of "Duh!". The best strategy is to move on like nothing happened... you know... like those people who fart in yoga class...

The Na-ah moment (especially when followed by a Ya-ah moment by the other):
This moment usually triggers the uncontrollable rising of a single eyebrow, the shaking of the index finger from right to left towards the other, and a swaying of neck. In extreme cases, it might also lead to a verbal impulse such as "No you di'nt" and in very rare occasions three snaps.. Usually an unwanted or unapproved action/lead by the other, often sleazy or offensive in nature, leads to this particular moment. Especially, if both sides are stubborn and wanting to get their was, it might lead to alternating and escalating Na-ah and Ya-ah moments, which often climax to a bitch slap or a cat fight.
Moral of the story: When experiencing a Na-ah moment, leave the scene while you can. Believe me, you do not want to be bitch slapped, clawed, or dragged by your hair. And if you cause a Na-ah moment unintentionally, follow with a "Duh" moment rather than a Ya-ah moment in a feeble attempt to retain your dignity. Move on.. Move on...

The Oops Moment:
When your human interaction leads to a catastrophy. This is a reckless moment when your interaction with the other leads someone else to lose an eye, a toe, or their nerve... Do not, I repeat, do not follow this moment with a Ya-ah moment, or you might be seriously harmed by the party that was the victim of your Oops moment.
Moral of the story: Apologize, and move on. Or, you can try to run. Remember you only need to outrun the other person who caused the oops.

The Awwwwww Moment:
Triggered often by fluffy white kittens, or toothless chubby babies, and also very rarely by the observation or by experiencing of a diabetic shock inducing sweet moment, brought to you by the other. Actually this moment is contagious, so it can rub of from two people experiencing to you the observer, without any warning. Or you can experience it directly. In either case, the side effects may include, uncontrollable stupefied smile, drooling, over-exuberance, an verbal diarrhea. It has also been noted in medical journals that, on people with severe case of cynicism, it leads to nausea.
Moral of the story: If you are directly receiving an Awww moment (and you are not a cynic) enjoy it, but do not look around to count how many observers of your awww moment there are, it is tacky. If you are a non-cynic observer, enjoy it, but try to control your symptoms, after all, drooling on others' Awwww moment can seem desparate. If you are a cynic and experience an Awww moment, call a health care professional (potentially, a psychiatrist who can prescribe chemically induced Awww moments that might not cause Nausea).

The Mmmmmmm Moment:
Simply equated to a deliciously slow melting chocolate between your lips, often undetectable by observers, and sometimes not even noticed by the other who is inducing it in the first place, the Mmmmmmm moment is a blissful occasion. If the other is not aware that they are causing the Mmmmmm moment, you can give them a verbal cue, but the moment is ephemeral and do not count on the other remembering what they did to cause that positive reaction. If the other is aware of what they did, then you should verbalize your Mmmmmmm moment, possibly by saying "mmmmmmmm" to ensure a repeat performance.
Moral of the story: Enjoy it when it happens, cause it is a rare moment, and a special reminder to producers and consumers of Mmmmm moments, overexposure leads to insensitivity, and potentially nausea.

The Zzzzzzz Moment:
The Zzzzz moment can be caused either by the other or by one's self. Or sometimes the odd combination of both sides leads to a Zzzzzz moment. The Zzzzz moment has sleep inducing qualities often due to the boring and unsophisticated nature of the interaction.
Moral of the story: Try to control yourself, and refrain from snoring. Even if it means you have to use those nasal strips that soccer players do. Either leave the sleep inducing interaction, or if you want to sleep give into it.

The Blah moment:
Often confused with the Zzzzzzz moment, the Blah moment is another dull moment in the continuum of human interactions. It however does not have any sleep inducing qualities. Rather, it causes a loss of appetite, and might lead to a loss of senses. Those that experience a blah moment, often lose their mojo, joie de vivre, their spark if you will.
Moral of the story: Leave the interaction before the other sucks the life out of you... You might go and ask a friend to slap you, in order to defibrillate your sensations back to life. Make sure she slaps both cheeks, it will give you a healthy glow...

The Ta-daaaa moment:
This moment is a moment that you, the other, or both of you together, create. It might be described by the following adjectives: childish, silly, playful, happy, and extroverted. Your interaction creates a synergy that is easily observable by others, which leads you and the other to become silly in the joy of the occasion. It might lead to extra showy behavior.
Moral of the story: This is a fun moment, as long as you do not get carried away and poke an eye. Again, as it is in the Awwwwww moment, do not look around to count your observers, it makes you look like a clown.Also, avoid Jazz hands.

Wow, this post makes up for almost all the other posts I did not write...:) Enjoy all the moments of your life:)
I am having a cold moment in my office right now...:)
Posted by Danzarin at 3:00 PM