Later is too late... 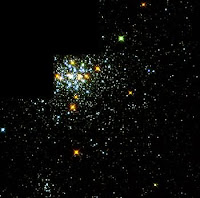 The boy asked her to wish for a star from gods now, so that they could watch it sparkle together. It was an innocent request, a sweet and unimposing wish.
The girl smiled and said "Later" Why did she say later? She was intimidated by Gods, What they might think, she had to be careful, wise.. There were many stars many moments... She had forgotten that the moments were not infinite, neither were the stars..
By the time she asked for a star, the sun was rising, and the stars were not as bright, no matter how bright, it was time for day light, the reality, the harsh illumination the cold reminder that time would not stop.
Her heart crawled up into a small ball, and she noticed, although this was not a huge loss, losses like these were to add up in life.. She realized this is the womb in which regrets are conceived.

Timing is everything. Sometimes the moments most wonderful to be had are delayed for whatever reason, and can never be captured again. So I learned...You can miss your fate, but how can you realize and avoid missing it?
Posted by Danzarin at 11:51 AM